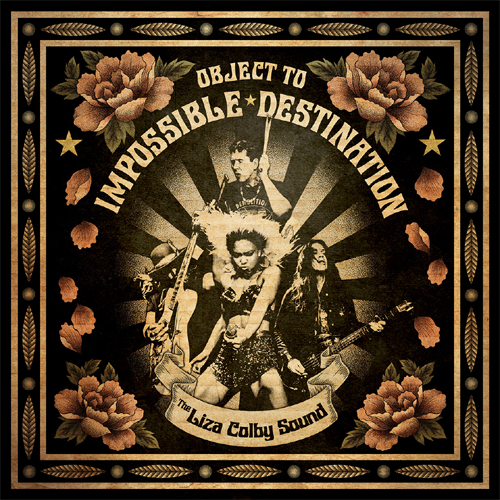 The first FULL LENGTH album by The Liza Colby Sound!! Includes the hit song / video “Eye On You”.  Object To Impossible Destination, which follows three previous Liza Colby Sound EPs, is now available at all major outlets. It features two songs, “Oh Baby” and “Creep On,” co-written with late founding guitarist Adam Roth, and it was recorded mostly at CIVILIANS Studio in Brooklyn, engineered by Tom McCaffrey. “This is by far my favorite record that we’ve done sonically,” Colby says. “This is the first record where I feel like we were getting the sound we wanted and the feel we wanted. It’s a really nice combination of where we come from — late ’60s/early ’70s rock feel — but now with a more current sound, so you feel, like, Tame Impala, Queens of the Stone Age. It’s just a more current sound — that’s what I’m really excited about.”
Produced by Tom McCaffrey and Liza Colby – Mixed by Tom McCaffrey. Released 2019.